Contemporary Gospel Artiste, Minister Samuel Adu Gyamfi, is set to hold a praise and worship concert dubbed ‘Samuel’s Praiz’. The event which is themed “Under the Canopy” (Isaiah 4:5-6) is scheduled for the Pentecost International Worship Center  (PIWC) Kasoa on Sunday, March 19 2017, at 4:30pm.

In an interview with Infochristo.com earlier this week, Minister Samuel Adu Gyamfi said, “We dubbed the event “Samuel’s Praiz” because we believe it’s time every praise believing individual learns how to customize his praise to God. So I want to tell God that this praise is from Samuel to Him. We are therefore expecting anyone who comes to this event to customize his own praise to God”.

With a mandate of bringing people from all walks of life to be gathered under the feet of Jesus through praise and worship, the music minister amongst numerous performances is set to perform 2 songs out of his yet to release Wonders Album at this year’s Samuel’s Praiz event.

Minister Samuel Adu Gyamfi who is also an Elder of the Church of Pentecost, is the founder of the Pentecost University College campus based gospel music group, Soul Train Incorporated.

As a notable gospel music minister, he has shared the same stage with some world and locally renowned gospel artistes such as Joe Mettle, Naa Mercy, Quesie Boate, Mark Opoku and Quame Gyedu.

Minister Samuel Adu Gyamfi has one Album titled Gye W’ayeyi to his credit. An album he launched in May 2016.

Some of the songs on the album are Wo ne me Han, Jesus shall reign, Amazing Love, Cast your Burdens, Forever and I pray for you. 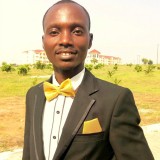